Not all car servicing is ...
I’m sure you have seen on TV, a local newspaper or a billboard some place, advertising saying ...
Read more

Is your car ‘Dangerous ...
Is your vehicle 'Dangerous to Drive'? If your vehicle fails it’s MOT Test and if one or more of ...
Read more

Not all car servicing is ...
I’m sure you have seen on TV, a local newspaper or a billboard some place, advertising saying ...
Read more

Is your car ‘Dangerous ...
Is your vehicle 'Dangerous to Drive'? If your vehicle fails it’s MOT Test and if one or more of ...
Read more 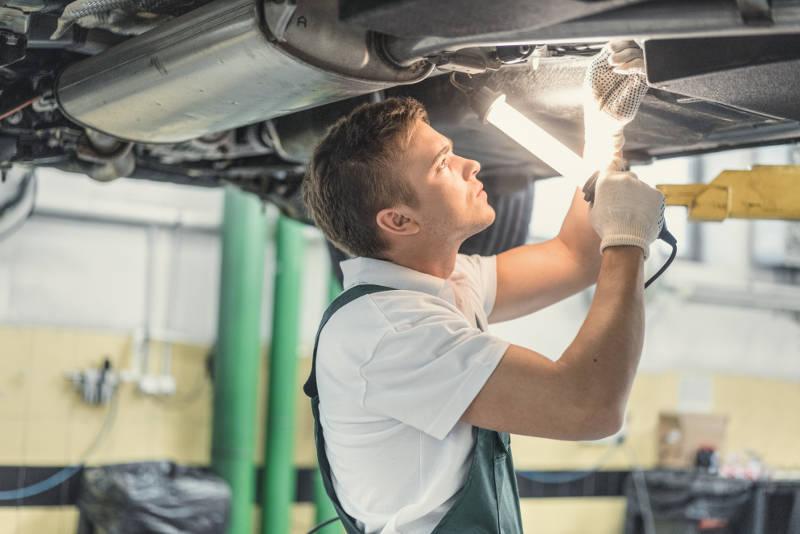 Is your car ‘Dangerous to Drive’?

Is your vehicle 'Dangerous to Drive'?

Is your vehicle 'Dangerous to Drive'? If your vehicle fails it’s MOT Test and if one or more of those ‘failures’ fall in the ‘Dangerous’ category, what do you do? It’s tricky because you have been officially told your vehicle is dangerous to be driven on the road. Let’s take a look at your options.

In May 2018 the MOT Test system as we know it had a big shake up, new items were listed as testable, exhaust emission levels were changed and testable items were recategorised. A new category was added, dangerous, that now automatically carries a warning from the DVSA that the car should not be driven until that defect has been rectified.

Although this official warning is new, MOT testers have always been able to let you know that ‘in their opinion’ the vehicle is dangerous to drive. So, why has it changed?

The new MOT rules that came into effect on 20th May 2018 were driven by the EU, and one of those was to take away the decision that something was dangerous from the tester. The tester now has no choice, any item listed as testable in the MOT manual that fails, will be marked as dangerous automatically if its failure criteria falls in that category.

If it’s dangerous, don’t drive it! That’s the law…

As with any big changes that may affect your life there are fake news stories that go along with them. The were no exceptions with the MOT Test changes and a plethora of those fake news stories exploded on the general population. Many of them focused on the idea that some garages were holding customers vehicles ‘to ransom’ once it failed the MOT and deemed ‘dangerous’. What they failed to also tell you in their news story was that it has ALWAYS been illegal to drive a defective vehicle on the road! The only difference is that now you are being told by the government that your vehicle is dangerous to be driven on the road in its current state.

An MOT garage cannot stop you driving your vehicle away after its MOT Test, even if it has failed the test and is now listed as dangerous. The problem is that if you do choose to drive away, for any reason, and you get spotted by a police officer, he will know immediately that your vehicle has failed the MOT and is listed as dangerous – so penalty points and a fine could follow. Even worse, if you knowingly drive that dangerous vehicle away from the MOT garage and have an accident that causes death or injury you’ll be in even more trouble!

Be prepared for the worst!

Since the MOT changes last May we have seen a steady increase in the number of vehicle failing the MOT test with dangerous defects. This is in part due to the reclassification of testable items by the government, that previously were at the discretion of the tester to mark as dangerous.

When you book your vehicle in for an MOT, be prepared to leave it with the garage for repair. Since the May changes MOT failure rates have increased dramatically. It’s wise to have a backup plan in place so you don’t strand your kids at school, when your vehicle can’t be repaired quickly.

Keep in touch with the garage

It sounds obvious, but ALWAYS make sure you give the MOT garage a means of staying in touch with you. Many garages will seek authorization to proceed with repairs, if they don’t have it, they wont proceed with whatever needs doing. Just imagine how annoyed you would be, if the only reason that you didn’t get your vehicle back the same day after it failed the MOT, was because the MOT garage couldn’t get permission from you to replace a tyre that was marked as dangerous on the MOT. Always let your garage have your mobile phone number and your email address.

Taking the car elsewhere for repair after the failed MOT Test

Taking your vehicle away for repair creates another problem. Some people, for various reasons, have their vehicle’s MOT done at one garage then either take it away for repair by themselves or have a different garage repair the defects. Either of these choices are fine for the MOT garage who initially tested your vehicle, and you can return to that MOT garage for a free retest within 10 working days in most cases. But, if your vehicle failed the MOT on an item marked as dangerous, the only way to safely and legally move your vehicle would be on the back of a breakdown truck.

The MOT Test is there to ensure that all vehicles used on the road are safe, therefore it could be argued that any failure would leave the vehicle in an unsafe state, and therefore unroadworthy. However, some defects that cause an MOT failure have less of an impact than others. A small crack in a windscreen, although a failure, would be unlikely to restrict the drivers view of the road enough to cause an accident or injure a pedestrian.

On the other hand, failure or wear of a component that renders the vehicle as dangerous such as a corroded brake pipe, could cause an accident or injure or kill a cyclist or pedestrian.

The MOT is there to keep everybody safe – other road users, cyclists and pedestrians, including, of course, the driver and any passengers who might otherwise be in that dangerous vehicle!

Penalties for driving a vehicle without a MOT Test Certificate

If you need to drive your vehicle away from an MOT Garage after it has failed its MOT Test you are strictly speaking committing an offence. Because failure of an MOT test means you vehicle is ‘unroadworthy’ even if you still have a few days left on your previous MOT Certificate.
If however the defect is officially classified as a ‘Dangerous’ defect, then even if your old MOT certificate hasn’t expired, you could be fined up to £2,500 for driving a vehicle on the road that has a dangerous defect. Don’t forget that you could also be fined and have your car confiscated because for most insurance policies to be ‘in-force’ you have to have a valid MOT Certificate.

Also, because it clearly states on the MOT failure document that it shouldn’t be driven on the road, there’s no defence you could use in a courtroom to challenge the charge.

If, your old MOT certificate has expired, and you were foolish enough to drive such a vehicle would receive a fine of £1,000 for no MOT, and £2,500 for the vehicle being dangerous, and potentially points on your licence. You could also be punished for driving an uninsured vehicle.

At Liphook Auto Services we always work with our customers to find the most cost effective way to get their vehicles back on the road as soon as possible. This helps to minimise the instances where a vehicle that fails its MOT Test has to be removed from our workshops, thus reducing risk and inconvenience to our customers.

Liphook Auto Services is a small family run garage in the heart of Lindford in Hampshire. We're proud to be a small local business serving the local people of Hampshire.